Home » The Socialife Blog where we are #socialonpurpose » Is it perfectionism or fear of failure?
Lead Your Business

Is it perfectionism or fear of failure?

Are You Sabotaging Your Own Success?

Could it be perfectionism or fear of failure leading to your sabotage?

We’ve all heard someone say, well I’m a perfectionist. I always hear people say this as if it is a badge of honor but when I hear it, I hear, I’m really afraid of success.

Even though in this video we are going to decipher between perfectionism and the fear of failure. I believe both begin from the same root with different manifestations, a fear of success. Success brings about change and a level of expectations that many of us fear.

By sabotaging your success under the guise of perfectionism or fear of failure, we are able to avoid the very thing we fear. Success.

Reading between the lines I encouraged him to analyze whether he considered himself a perfectionist or if he considered that fear is actually what is delaying him in pitching his videos.

It is really a matter of splitting hairs when you think about the differences between perfectionism and fear of failure because it all boils down to the act of sabotaging the very things that will lead to your success and fulfillment.

So how can you tell the difference between perfectionism and fear of failure?

Now, I’ve never referred to myself as a perfectionist but while creating this post I realized a personal example that should be shared.

I love to write.

I know I’m not great at it but when I have the opportunity to sit down and flesh out my ideas I will do it. However, it just seems that I NEVER get the opportunity. With laundry, kids, other responsibilities, I wasn’t taking the time to complete the task that could uplevel my success online. The one task that could make me findable or searchable. I was sabotaging my success,

Noun: Refusal to accept any standard short of perfection

In my case, I knew that my writing wouldn’t be perfect because “I’m not a good writer” at least that’s what I’ve been telling myself for the last 38 years so why would I even try, it won’t be perfect?

Sound familiar? Have you ever had this conversation with yourself?

What is fear of failure?

There is actually an official name – Atychiphobia

Let’s continue with the writing example. Not only would I procrastinate, but I would also OBVIOUSLY do a poor job so that I had an excuse for my failure to strive for perfection. Do it ‘under the gun’ so you have a reason for your sloppy work.

Now, I do want to pose a caveat here: I swear by progress over perfection. So if you have to choose sloppy but done or perfect and incomplete (PERFECTION IS UNATTAINABLE), I will always choose the former.

Oftentimes, Perfectionism or fear of failure can manifest as one of the following:

Procrastinating and running out of time to complete the job adequately-Sloppy but done is better.

Worrying about if you are capable, sloppy but done is better.

Once I was given permission to just write in all of its first draft messiness without even thinking about editing, I found the fulfillment and permission I needed to be okay with ‘sloppy but done’.

Are you waiting for permission?

8 Ways to get over perfectionism or fear of failure

Fear of failure and perfection are both related to fear and shame. They stem from an insecurity in ourselves. Instead of focusing on perfection, shift your focus to excellence. Excellence makes us reach for success while perfection makes us avoid fear. Let’s aim for growth rather than avoidance.

It’s true that we all hate to fail but some of us fool ourselves by calling our fear of failing by the more socially acceptable term, perfectionism. In order to combat the fear, you have to acknowledge whether you are fighting perfectionism or fear of failure. Both require a mindset shift towards excellence and growth!

If you’re still doubting yourself after today’s post, go check out this video on Fear and Self doubt for 20 positive affirmations

Nonprofit or an LLC? Why This Founder Started Both.

Attraction Marketing, What Is It?

How to build your speaking platform with Christy...

How to deal with Burnout as a Social...

One business mistake that is stunting your growth!

How to achieve inbox ZERO…without erasing!

Do you need a fictitious business name?

Join Us In The Tribe! Grab your free invitation below! 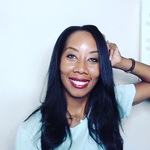 Are you ready to join nearly 1000 Purpose Driven Entrepreneurs on a journey to UNLEASH their 'something' amazing?!

The Socialife is a Mindset, Lifestyle & Mission to:

If this sounds like you, come join the tribe! Grab your invitation now!

Success! Now check your email to confirm your subscription.

How to start your nonprofit in 30 days!

Profit or salary, can I make one as...

Should you start a nonprofit or a foundation?

Looking for something specific?

Nonprofit or an LLC? Why This...

Are Board of Directors Titles Required?

What is a Social Impact Business?

This website uses cookies to improve your experience. We'll assume you're ok with this, but you can opt-out if you wish. Accept Read More